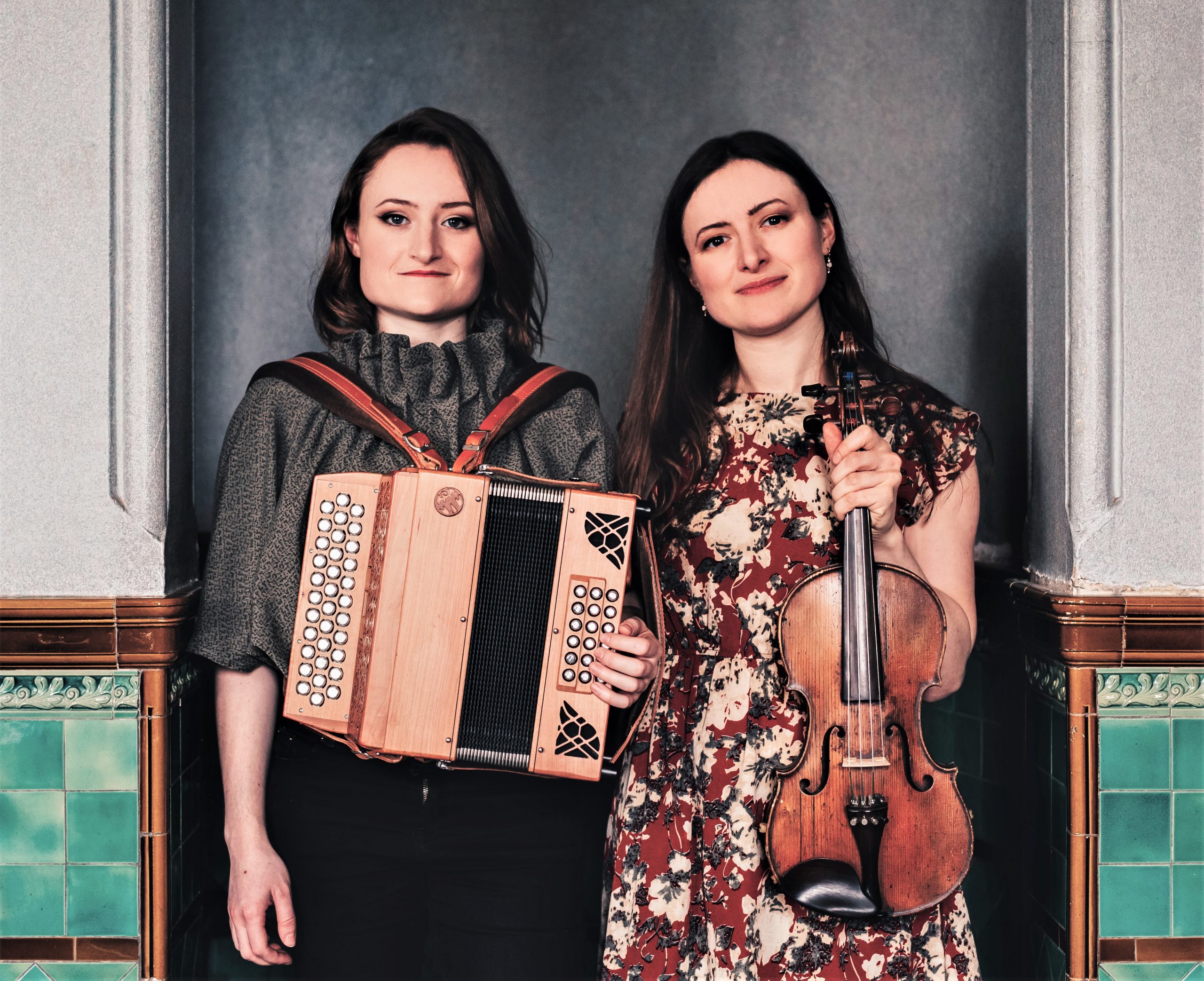 The 2nd Pakefield Acoustic Music Day is will be held on Saturday 18th April 2020, across 2 sessions in the afternoon and evening, each featuring full sets from 3 great artists with a variety of ticketing options.

Headlining the evening session will be the Askew Sisters. Emily and Hazel Askew have become known as two of the foremost performers and interpreters of English folk music. Their live performances brim with the depth and connection not only of two sisters, but also of two musicians who have been immersed in folk music all their lives.

Together, they rework and reinterpret songs and balladry, creating breath-taking arrangements, which allow words that are hundreds of years old resonate profoundly with contemporary audiences. Alongside this, both women are also skilled multi-instrumentalists and expert players of dance music, using fiddles, melodeons, concertina and cello in their innate drive to bring old dance music to life.

“Inspired arrangements of traditional music, striking versions of tricky ballads – this is traditional folk in a fine, fresh form” – The Telegraph

The Shackleton Trio are gaining significant UK and International exposure, becoming an in demand name on the folk circuit. They have been featured on Mark Radcliffe’s Radio 2 Folk Show and BBC Radio 4, with 5★ reviews, and an appearance on Cambridge Folk Festival’s main stage alongside a host of UK and European festivals and international tours.

​Their original material blends seamlessly with imaginative yet authentic re-workings of traditional folk standards, influenced by British, American and Scandinavian folk traditions, with a regional twist from the group’s native East Anglia.

Singer/songwriter Hannah Scott has found her musical home with creative partner, cellist Stefano Della Casa. Their musical journey has proved fruitful with CD releases supported by Bob Harris and Dermot O’Leary on BBC Radio 2. They’ve also been featured by MOJO magazine and as ‘New Band of The Day’ in The Guardian. Latest CD “Pieces of the Night” was released to great critical acclaim in June 2018.

Headlining the afternoon session is Holly D Johnston, known on the Folk scene as a singer of stories and a captivating performer.

She is a songwriter and a storyteller and morphs between live music, storytelling and poetry, although for this performance she will be focussing on the music. Holly’s heartfelt lyrics woven together in memorable tunes give listeners an intimate, thought provoking show, and her songs deliver ‘hauntingly exact observations… with poetic candour’. Her voice is repeatedly praised as ‘mellow, clear and expressive’ and her sound ‘seductive and enthralling’.  ‘An amazing talent’.

Ross Burkitt and Ali Ward are a long-standing partnership who hail from the Bawdsey Peninsula in Suffolk. They play a beguiling mix of contemporary and traditional acoustic music, featuring tight vocal harmonies and beautifully played arrangements of well – chosen songs on guitar and flute. They are popular and regular performers across East Anglia.

Megan Wisdom is a Suffolk born folk musician and singer of traditional songs. She loves to explore the stories which are deeply etched into British folk music, and bring out the voices from the past which are alive within lyrics and melodies.

Singing both unaccompanied and with a table harmonium, Megan performs regularly at folk clubs and events throughout the country, including Folk East. She won the Suffolk traditional song competition, the Percy Webb Memorial Cup, in 2015, was a finalist in the national New Roots competition in 2017 and won the Bobbie Callas Cup in February 2019..