Greg Chapman: Into The Wilderness.

Greg Chapman: Into The Wilderness.
8 February 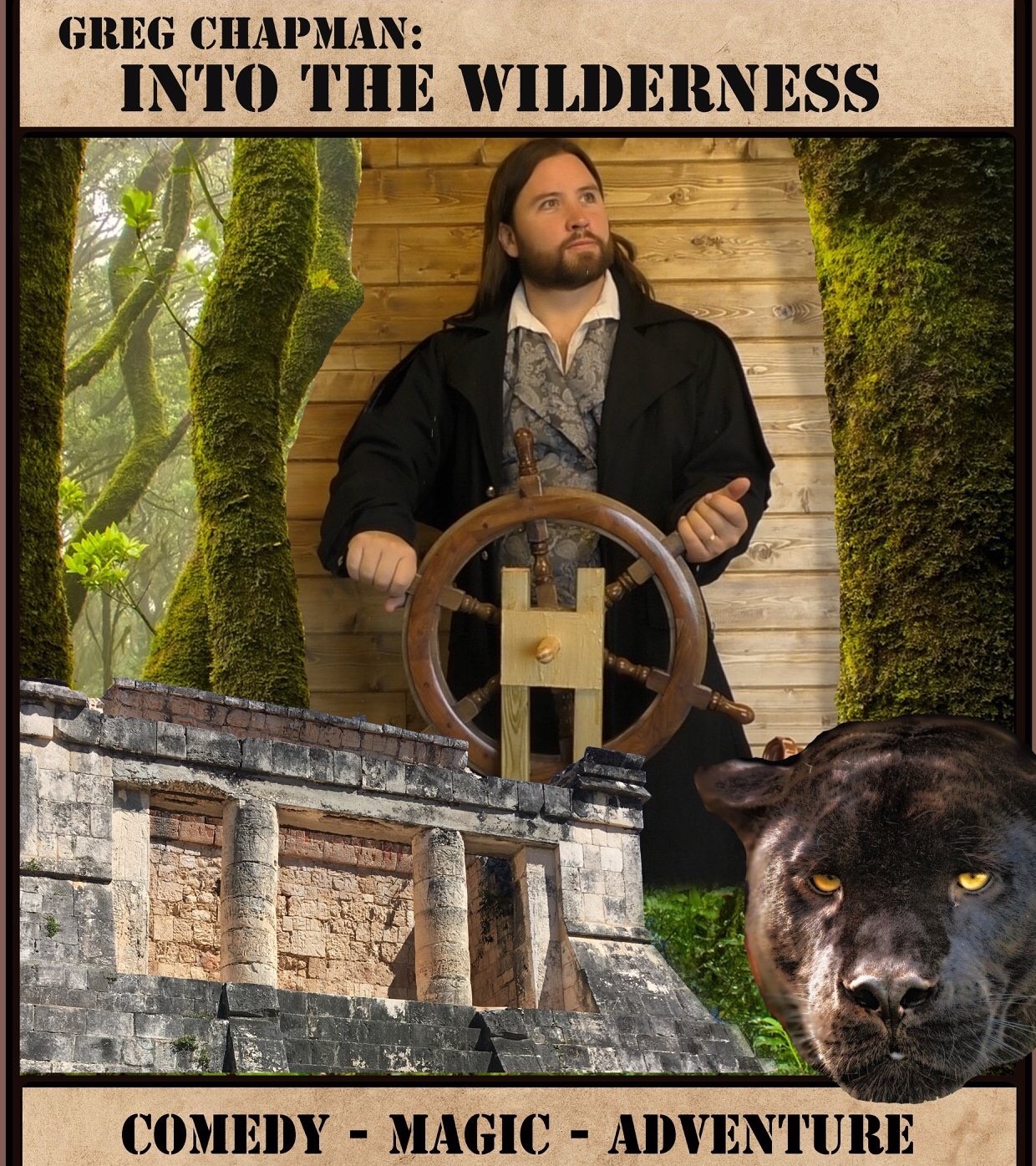 After his Airship crashes into an uncharted jungle, following a slightly misguided attempt to find a shortcut between the Isle of Wight and Italy via South America, Greg finds himself setting up camp as he attempts to contact potential resuers.

He soon discovers he is not alone in a jungle which contains strange creatures, a tribe of natives, and mysterious strangers attempting to find a magical artifact. Greg brings a host of steampunk gadgetry, strange ideas and outright silliness into play as he attempts to save the day and get back home!