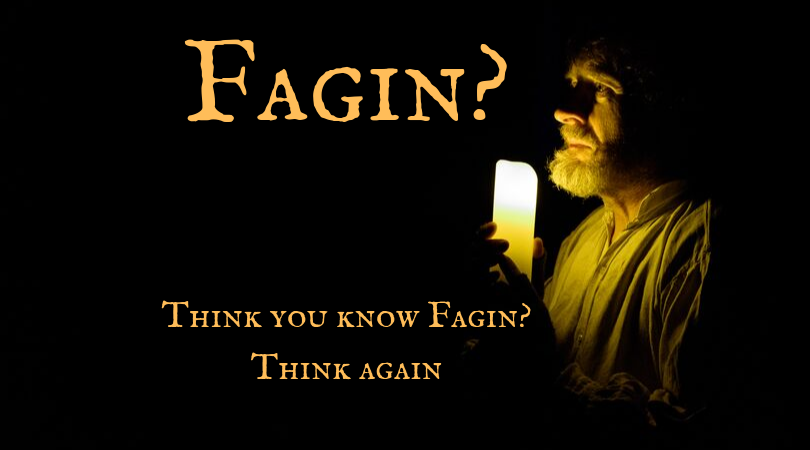 Dickens failed to provide a backstory to Fagin, so who was he and who was the real man that Dickens based his character on?

Join Fagin as he reviews his situation during his final night in prison before being hanged. As madness envelops him he is ‘visited’ by some old acquaintances.

Find out who he really was and how he ended up as one of the best known, yet unknown, of Dickens’ characters.

Produced by Kick In The Head

“All three actors in the roles of Fagin (Keith Hill), Bill (Giles Shenton) and Nancy (Georgia Butt) deliver impeccable performances. In the centre of it all, the audience is captivated by Fagin’s diverse, manipulative and complex character.”

“It is a powerful piece of work….it deserves to become an eventual classic.

The set is simple, the themes (of love, greed, deception, betrayal, regret and retribution) universal, the subtle interplay between the three characters intense and the background (Charles Dickens’ Oliver Twist) so familiar that

this small masterpiece could well be a theatrical staple.”

You would be a fool to yourself to miss it.”