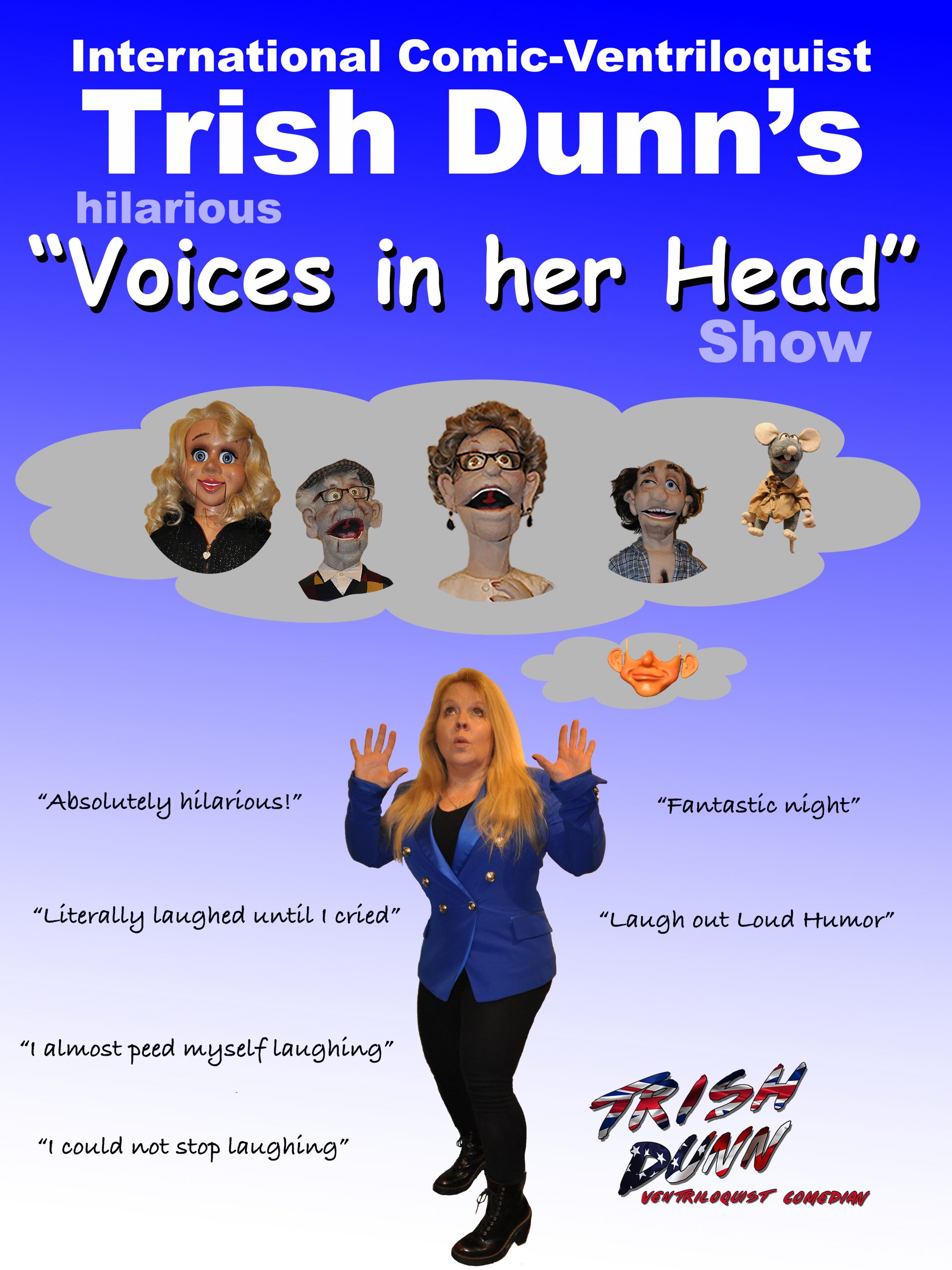 Internationally touring Comic Ventriloquist Trish Dunn shares the “Voices In Her Head” which is a cast of “American Characters” AKA ventriloquial figures for a night of hilarious, unforgettable entertainment.

Trish and the Characters take you on a comical journey as seen through the eyes of snarky, elderly Aunt Agnes, shallow, self absorbed cousin Precious, Agnes’s long suffering husband Cecil, and their redneck cousin, Clem. Each character has a relatable and distinct personality highlighting bizarre and hilarious events. Be prepared for unique characters who may make a surprise appearance for this particular show!!!

For more than 15 years, Trish Dunn has been touring the U.S. and the UK entertaining audiences in comedy clubs, vacation resorts, theatres, river cruises, and corporate events. She has opened for Rock and Country bands. She has been featured in the New York Times.

She combines her skills as a ventriloquist and a stand up comedian to entertain audiences with a witty, hysterical, comical performance. Trish has an amazing ability to connect with the audience and communicate personally through hilarious skits and stories.

Trish and her Characters in “Voices In Her Head” create a personalized show delivering a night of laughter and comedy you won’t soon forget. A night of laughter to brighten anyone’s mood, come and release endorphins, destress and enjoy!!!